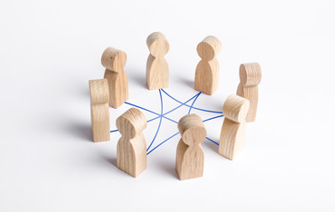 The RE-CO-NAI project (research platform for cohorts of children followed up since birth) is intended as a research platform for birth cohorts to enable the comprehensive, multidisciplinary study of major issues about children's health, development, and socialization. It relies for this on two cohorts, the Epipage 2 cohort and the generalist ELFE cohort of children born at term (18,300 children), implemented by a mixed unit composed of researchers from Ined (National institute for demographic studies, Institut national d'études démographiques), Inserm, and the French blood agency, under Ined's supervision. (https://www.elfe-france.fr/).

The RE-CO-NAI project is funded through 2025 by the EQUIPEX 2011 call for projects for "investments in the future" (investissements d’avenir). It was authorized by a decree of the state council (counseil d’état 2016-888 dated June 29, 2016).

As part of RE-CO-NAI and from their beginning, the Epipage 2 and Elfe cohorts have pooled some data collection objectives and tools, while adapting them to the specificities of each population (preterm children and children born at term).

Now that the children have passed their 9th birthdays, specific follow-up procedures for the preterm children no longer appear justified as happily most of them have a life comparable to that of the other children. Accordingly, the organization of follow-up at this point is entirely pooled, that is, uses identical questionnaires for family information, survey organization, and data collection.